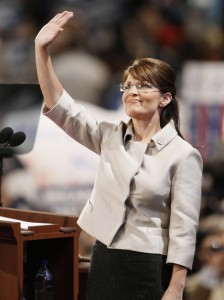 The flap over Sarah Palin’s $150,000 wardrobe may seem like a petty thing to be paying attention to in the twilight hours of a 20-month campaign. Fashion, according to one view, is frippery — a parade of passing fancies without much in the way of meaning. Most of us can’t remember what we wore last Friday; and for most of us, it doesn’t really matter.

But, according to another view, clothes are a language as evocative and expressive and rich with symbolism as anything that comes out of our mouths. The choices we make about color, cut, and fabric speak volumes about who we are, what we value, where our heads are at, and what we aspire to. It’s natural that in a culture that has traditionally silenced women’s voices, the art of getting dressed would become the dominant way we tell our stories about who we are.

END_OF_DOCUMENT_TOKEN_TO_BE_REPLACED

2016: This photo was later discredited by Snopes. But the argument below still stands.

The provenance of the above photograph is unknown. It arrived in my mailbox this morning, shorn of context. (For all I know, Piper Palin’s face — and it is her face, I checked — was Photoshopped in there. Or maybe the extended finger was. Who knows?)

But this glaring little girl with her middle finger defiantly held aloft does hit a sore point with me — one I’ve been meaning to write about since the Palin nomination was first announced, but held off on because in backchannel discussions with several other bloggers (mostly women), my take on this just poured gasoline on some of the most vicious flame wars I’ve ever been embroiled in.

The argument was over whether or not it’s fair to consider Sarah Palin’s family in assessing her fitness for office. I think it is. And before you accuse me of rank sexism or focusing on things that don’t really matter to her performance on the job, please take a deep breath, step back, and let me explain where I’m coming from on this.

END_OF_DOCUMENT_TOKEN_TO_BE_REPLACED 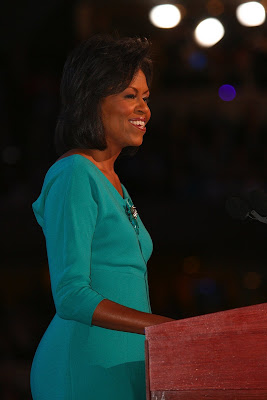